AT LEAST WRAL IS NOW DISMISSING ANY PRETENSE ...

Well at least WRAL no longer attempts any pretense of impartiality. When they are not busy telling people how much they care about the poor and underprivileged, they are by works generating revenue by running lottery ads on their station.

Email ThisBlogThis!Share to TwitterShare to FacebookShare to Pinterest
Labels: GSIW


The City did not conduct public hearings regarding the acquisition of the Dix property.


Thanks for your help with the requests I send.


Here is what I am seeking.


From January 1, 2004 to January 1, 2013, all minutes from any public hearings concerning the City of acquiring the “Dix” property for a possible destination park.


Thanks for your assistance as always.

The minutes below represent all 2013 Raleigh City Council closed session minutes concerning acquisition of the Dorothea Dix property. Of course, all discussions were conducted beyond public oversight. Our Raleigh City Council has seemingly abrogated their governance on this issue to an unelected advocacy group - the Dix Park "Visionaries." 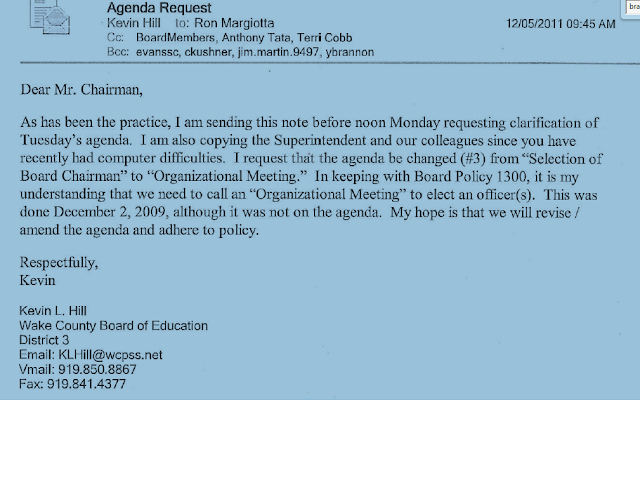 Email ThisBlogThis!Share to TwitterShare to FacebookShare to Pinterest
Labels: DIX

Those who have not attended Wake County Board of Education meetings perhaps don't witness what amounts to a constant level of disruption and rude and belligerent chatter from the Great Schools (not students) in Wake leadership. The snapshots below feature what has become a perpetual ritual for the likes of Amy Lee and Yevonne Brannon. These clips come from a less than one hour time period at a recent Board of Education meeting. In recognition of her chaos creation activities, Keith Sutton recently appointed her to his Board Advisory Council.

If anyone has any footage of Kevin Hill reprimanding them as he has neighborhood school supporters, please send it our way. We cannot locate any. 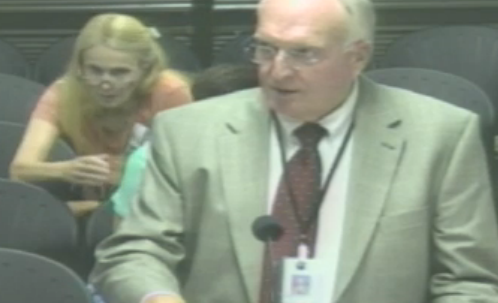 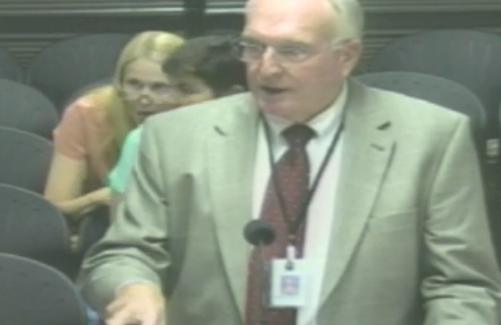 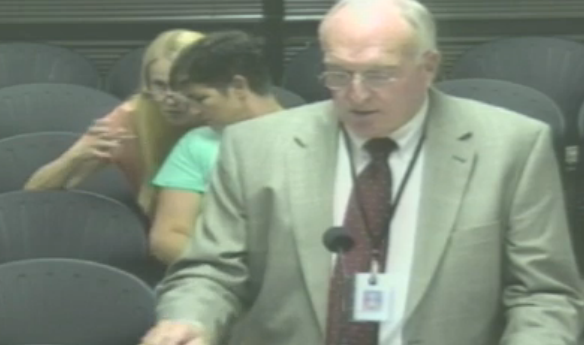 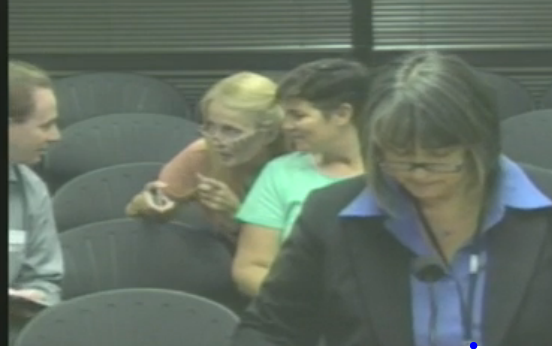 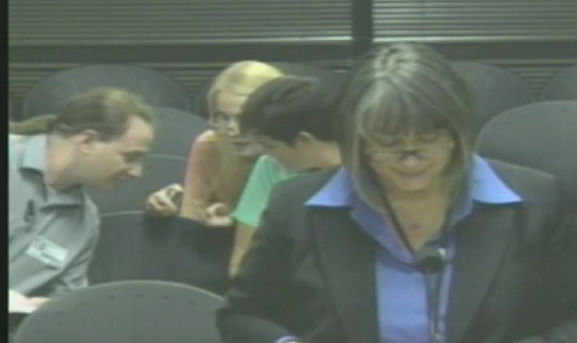 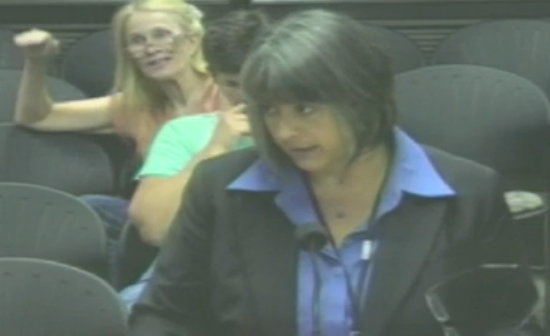 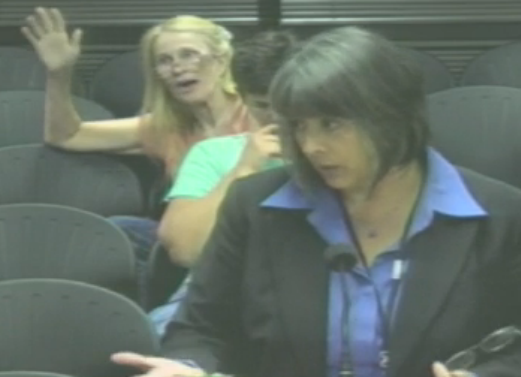 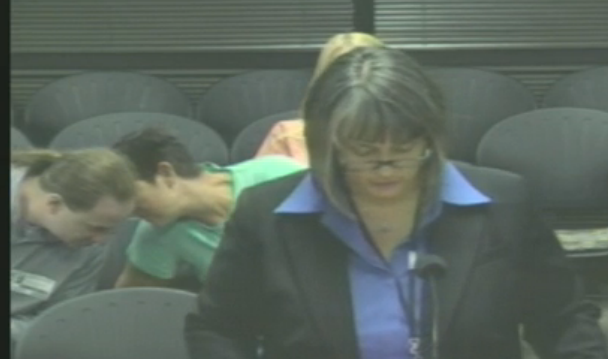 Look at this quote from Jim Martin:

Once again we are back to the pre-2009 assignment by diversity policy. Note that he talks about spreading around/"evening" achievement. We are back to the place where we focused not on addressing the challenges facing socio-economically disadvantaged students but rather spreading them around like pawns in a statistical chess game. This "nationally recongized" policy resulted in a stellar 54.2% graduation rate for socio-economically disadvantaged students in Wake County.

We await for scientist Jim Martin's data showing how the former diversity assignment Policy 6200 improved academic performance. Since you are building a new assignment policy based on "evening achievement," let's see your data set.

When it comes to speaking out on a rushed assignment plan that the N&O describes as put together "quickly for next year" and is ...

not available yet for public review until November 13 and will have a final vote less than a month later on December 11,  has no public hearings scheduled yet, and is subject to even further tweaks by Martin and Evans ...

GSIW is GREAT SILENCE IN WAKE.

When Tony Tata or neighborhood school supporters are not in charge, they stay silent. You won't hear them talk about transparency, a detailed financial analysis, a rushed process, public input, etc. because it was never about that. It was all about chaos creation, power and control. Prom Queen comments are horrendous, but Keith Sutton's "kick your a$$" or "shut the f@&% up" don't meet with the same concern.
Posted by Wake Community Network at Thursday, November 01, 2012

Board of Commissioners Oct 10 1012
Posted by Wake Community Network at Saturday, October 13, 2012 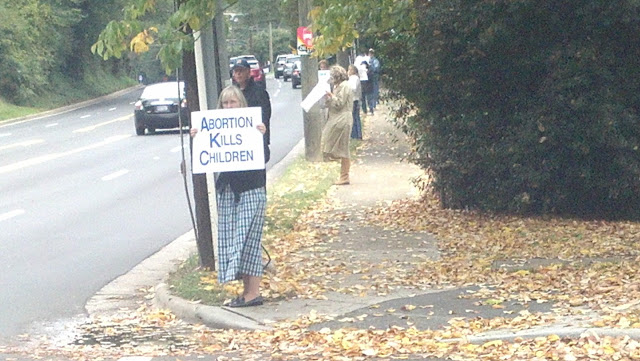 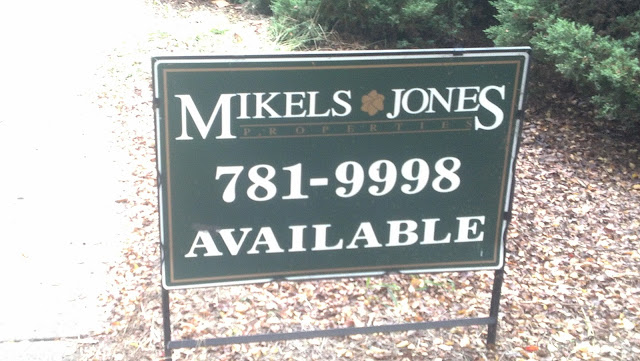 St. Augustine's College honors Charles Meeker. He's credited for being "instrumental ... in the creation of a light rail sytem." Last time I checked no system was created and that decision rests with Wake voters.

Noticeable what the video highlights as Meeker's "accomplishments." It's all downtown. And not just downtown which theoretically would include areas like the South Park community of Shaw University and the College Park community of St. Augustine's College. Compared to Raleigh's "livable streets" those areas received the red-headed stepchild treatment under Meeker's watch - including serious crime issues and murders just outside St. Augustine's doorstep. Funny that St. Augustine's would thank him for this.


Will Firing Superintendent Tata Stop the School to Prison Pipeline?
Saturday October 6 Students Across the Triangle Will March From Washington Elementary to Central Prison to End School Push-Out

Raleigh, NC -- On Saturday October 6, NC HEAT (Heroes Emerging Among Teens) will march and rally as part of Dignity In School's National Week of Action Against School Push-Out.  Students, educators, families and public education advocates will gather at Washington GT Magnet Elementary School for a speak out and press conference, then march to Central Prison. The event will raise awareness of the issues and policies that contribute to North Carolina’s school to prison pipeline and school push-out.

This action is part of Dignity in School's National Week of Action on School Push-out, September 29 to October 6, 2012. Throughout the week, thousands of parents, students, educators and education advocates will take part in student-led actions and events around the country to expose the school push-out crisis and advocate for the human rights of every young person and student to a quality education and to be treated with dignity.

“We need to work together to turn schools into places where kids feel safe, and not hunted,” said Qasima Wideman, a junior at Cary High School and member of NC HEAT.

“As we say good-bye to Anthony Tata, who showed through his actions that he was more concerned about partisanship and proximity than he was with equity, we need to think about what kind of values & priorities we as students want to see in the next Wake County superintendent.  We demand an open process and meaningful input from students, educators, and families when hiring this person.  We demand someone who will work hard to end policies that lead to push-out in our schools and who is committed to end the school to prison pipeline.  We call for an end to school policies that criminalize immigrant, LGBTQ youth, and youth of color,” said Monserrat Alvarez, a founding member of NC HEAT.

HOW WOULD YOU RECOGNIZE "HEROES" FOR SEPTEMBER 11?

Here's what the Wake County Democrat Party has planned:


Remarks by Wake County Clerk of Court Lorrin Freeman, Lillian's List Executive Director Carol Teal, and House Democratic Whip Rick Glazier. Come out to meet the various candidates running this election cycle. In Wake County, we have over 30 Democrats including President Barack Obama on the ballot. They all need our help to defeat right-wing Republican opponents!


There will be a sit-down dinner and cash bar. Vegetarian meals upon request.


Want to take a bigger role towards victory? Become a Sponsor:


Respond by September 3rd in order to have your name in the program.


Individual tickets at the door only if available


Checks should be made payable to: Wake County Democratic Men's Club and mailed to


*Please include the sponsorhip level, name(s) to be listed as sponors, and employer/occupation.


If you have any questions please call Ronnie Condrey at 919-819-9075 or email Adrian Dellinger at Democraticheroes2012RSVP@gmail.com.

Email ThisBlogThis!Share to TwitterShare to FacebookShare to Pinterest
Labels: DEMOCRATS

Today the all knowing Dr. Jim "I'm smarter than you" Martin demanded an immediate meeting with Superintendent (oops I mean Coach) Tom O'Brien to review NC State's football program for this fall.

After the successful season last fall and O'Brien's remarks of strong progress that he wants to build upon, Jim Martin said that we should not expect success and a careful review of the data shows that. He said that it is "common" that when the "core" players leave the team will decline and that the gains were only because we had several years with veteran players and the team's structure will now change.

He also wants to lecture the offensive and defensive coordinators concerning their playbook. Dr. Jim has conducted an analysis of NC State's offensive and defensive strategy the last several years and has found flaws. He wants to dictate (oops I mean show) to them how he can design it better.
Posted by Wake Community Network at Saturday, August 25, 2012